We thought we would share some mortgage night mares we have experienced.  As always we recommend you carefully vet the mortgage company or bank that you decide to finance your home with and get several quotes or estimates from other reputable professionals in the business before making your final selection.  We recommend contacting a Local Bank, Local Credit Union and Local Mortgage Lender during the process of deciding.

Whats in a name?

We had a buyer who applied for a loan with her bank.  Her bank is a large National Bank with a familiar name.  She applied online for her mortgage.  When we saw the loan pre-qualification letter we offered some concern about this National Banks reputation regarding lending, but it was her bank and where she felt most comfortable.  In the end the consumer gets to choose so onward we went with the process of her home purchase.  About 10 days before closing we hit a road block.  The only number she has was an 800 # that either wasn’t answered or when it was you were directed to a voice mail that you would wait days for an answer from.  There was also a generic email like loan@unusuallyslowbank.com.  Finally I called the local bank down the street (I also bank at this branch) I asked for a mortgage lender and spoke to him.  I explained my problem and asked for his help.  He asked where she applied for the loan and I said online.  He literally laughed at me and said, she applied online, that is corporate, she should have come into the bank, I can’t help her.  Same company, even if she isn’t your client, it is your institutions name we are talking about here.

Moral of the story – The name can be good or bad, even the big names so do your research.  If you plan to use a big named national bank, apply with the local lending department so you have a name, place, address and phone number of who you can reach out to.
Its all an illusion! 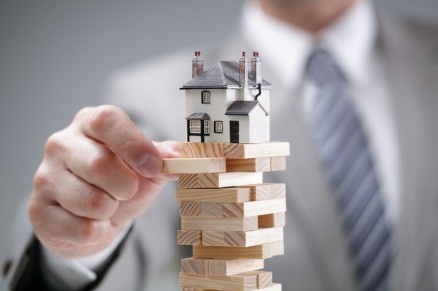 I had a very educated client who had served in the military.  He sought out a loan with a very patriotic sounding National company he found online.  When I asked him about his lender and suggested he consider also talking to a couple others to know his options he insisted this was the one he wanted.  So the consumer is always right and onward we went moving to the closing.  Two weeks before closing the buyer called me and said, the lender said they need more time to close the loan so we are moving closing back 2 more weeks.  I explained to the buyer that we had a legally binding contract and needed to try our best to perform on the date outlined in the contract.  I called the mortgage lender to try to figure out what the hold up was and how to keep closing on track, she was rude, arrogant and curt.  I explained to her that I had spoke to the seller and the seller would incur expenses if the closing was delayed and would expect compensation for those costs.  She huffed and puffed but with much pushing we got to closing day, the original date we had contracted for.  That day we went to the title company, without the closing disclosures in hand waiting for the final numbers.  We all viewed the final numbers at the same time minutes before closing.  The lender had added one hundreds of dollars in fees I have never seen. Not only an appraisal fee, but a appraisal review fee and an appraisal final review fee.  WHAT?  There was more than $2000 in loan origination fees.  All in all the fees added up to thousands of dollars over an above what other clients have closed for.  After doing some research on the company we found that this lender is not affiliate with the government or any veterans group.  It is a private company.

Moral of the story – There are people out there trying to appear they are something they are not.  Be sure to get a detailed lists of ALL costs associated with the loan and not only the interest rate but the APR

I have a friend in the Biz.

I had a young man buying his first home, as we talked thru the process we discussed getting a mortgage.  He told me he had a friend in the business and would be using him.  I recommended he seek 3 quotes to make sure he was comparing terms etc, but he insisted he wanted to use the friend.  In the end the consumer gets to choose so onward we went with the process of her home purchase.  His friend was hard to get ahold of to get updates and final numbers but we seemingly were going to get to the closing table.  He assures me they play on the same hockey team so it is fine, it is his buddy.  So closing week arrives, still no numbers, but we set the time for closing and hope the numbers come soon.  We arrive at the 10 AM closing and wait for the lender, and wait and wait- It is now noon and the lender is still not there.  He keeps messaging he is on the way but no lender.  Finally at 12:30 her arrives with the packet to close the loan, as he begins to go thru the packet the buyer complains about a mistake and an extra fee and threatens not to close.  The lender scurries out of the room to remedy the issue, by calling his office.  At 4:00 PM that day we finally closed.

Moral of the story – Nothing wrong with using a friend in the business as long as they are experienced and know what they are doing.  It never hurts to interview them first, then decide after meeting several.
Watch for more coming soon.

One thought on “Mortgage Loan Nightmares”